Colonies: Uncharted Lands is a semi-simple 2d colony simulator. You need to protect your community with a large army while juggling growth and food production so see how long you can prosper..

Colonies: Uncharted Lands was a game made for the 271st weekly game jam. The theme was  Uncharted.

This is a web game, To run in a browser offline you should be able to double click the index.html file.

Note: Extract the whole folder or the game will not look right.

This isn't really a supported use case & it will not automatically update. But you can do it if you want to play offline.

This is really cool! Nice job. Also, brad is dumb.

Another great game from JackPrograms as always! Been playing the game for like 2 days now spending a total of about 3-4 hours playing it in both school and at home. I really enjoy the game, but i've came to a point were the game is starting to get a bit boring. I'd recommend adding more things to the game to make it more fun.

Some ideas i had were:
* Maybe make so you can go around the map? since after i've reached everywere around the map, i am still able to purchase more land which i do, but i can't see the new land.
* Another idea were fishing, add fisheries near the water to earn fish, the fish could later on be eaten by the people or sold in markets. This could be a new income source for the game since i've had a problem with keeping enough food for my town during the winter.

* Save system, basically so your stats saves so you don't need to restart.
* Another cool thing would be graphs, so basically you could open like a stats tab were you would see stats along with a graph for example population

* Tourism would also be a cool feature for the game, Could be another income source

A few bugs i had while playing:
* Stats reseting whenever i reload the page

* Not being able to see my new land

Another question, What happens if you have enough food for your population?

Having food prevents people from leaving, and increases the rate of housing development.

Btw, do you have an discord server for this game?

Not for the game, but one for all of my projects: https://discord.gg/xfJjejzTb9

Thanks for playing, I'm working on another management game as of now, hopefully, it will be out within the next two or so weeks, no promises.

In regards to updating this game. After my next game is published I want to rework the decor and add more map verity between rounds. Adding a larger multi-map system would be cool, along with a save system and more detailed stats.

Fisheries and tourism could be added, but I like the simplistic nature of the game.

I don't have an ETA for any of these updates, but as I do with most of my games, they will come in batches. Anyway, Thanks for playing!

Would you be able to add a save system this week?

Update: All Projects are on hold due to some IRL factors, They will resume sometime  When I get a chance. Sorry about that.

The game is fun and a unique approach to a city builder / City management game. I appreciate the easy distinction between buildings and soldiers vs raiders. The simplicity of the design is one of its greatest strengths. The title card was very intriguing and I jumped right into the game without even reading the game info you provided above. Perhaps including these helpful hits in a splash page or prior to starting the game would be helpful for other thick headed gamers like myself. I look forward to following your project and cant wait to see what new Ideas you have in store.

Yeah, I should work on a tutorial or something, I just didn't have time during the game jam to do it. I'll add it along with a better food & seasons system after the game jam is over.

Update: Added a tutorial along with a seasons system. 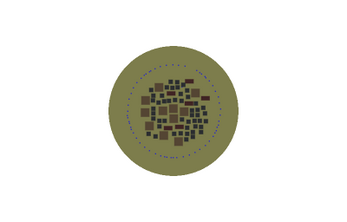 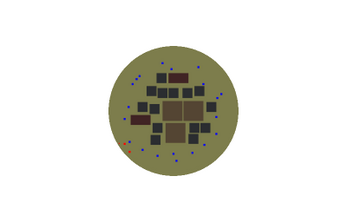 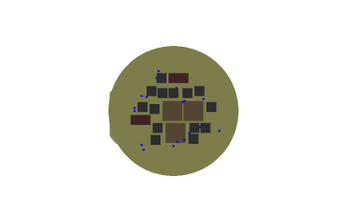